The Omniwomen campaign celebrates outdated stereotypes of female leadership qualities previously unwelcome in the workplace, such as empathy, vulnerability, kindness and generosity, calling for everyone to celebrate these leadership qualities and ‘Bring Your Stereotype to Work’ to mark International Women’s Day.

Omniwomen UK + Allies, are a global initiative dedicated to increasing the number, seniority and influence of women across the Omnicom network. The work promoted the group’s annual Omniwomen summit in 2020.

Working alongside fellow designer Luke McClure a total of nine stereotypes were brought to life in a series of posters. Four of these are showcased here. The posters appeared in and around the event, as well as nearby OOH poster sites. 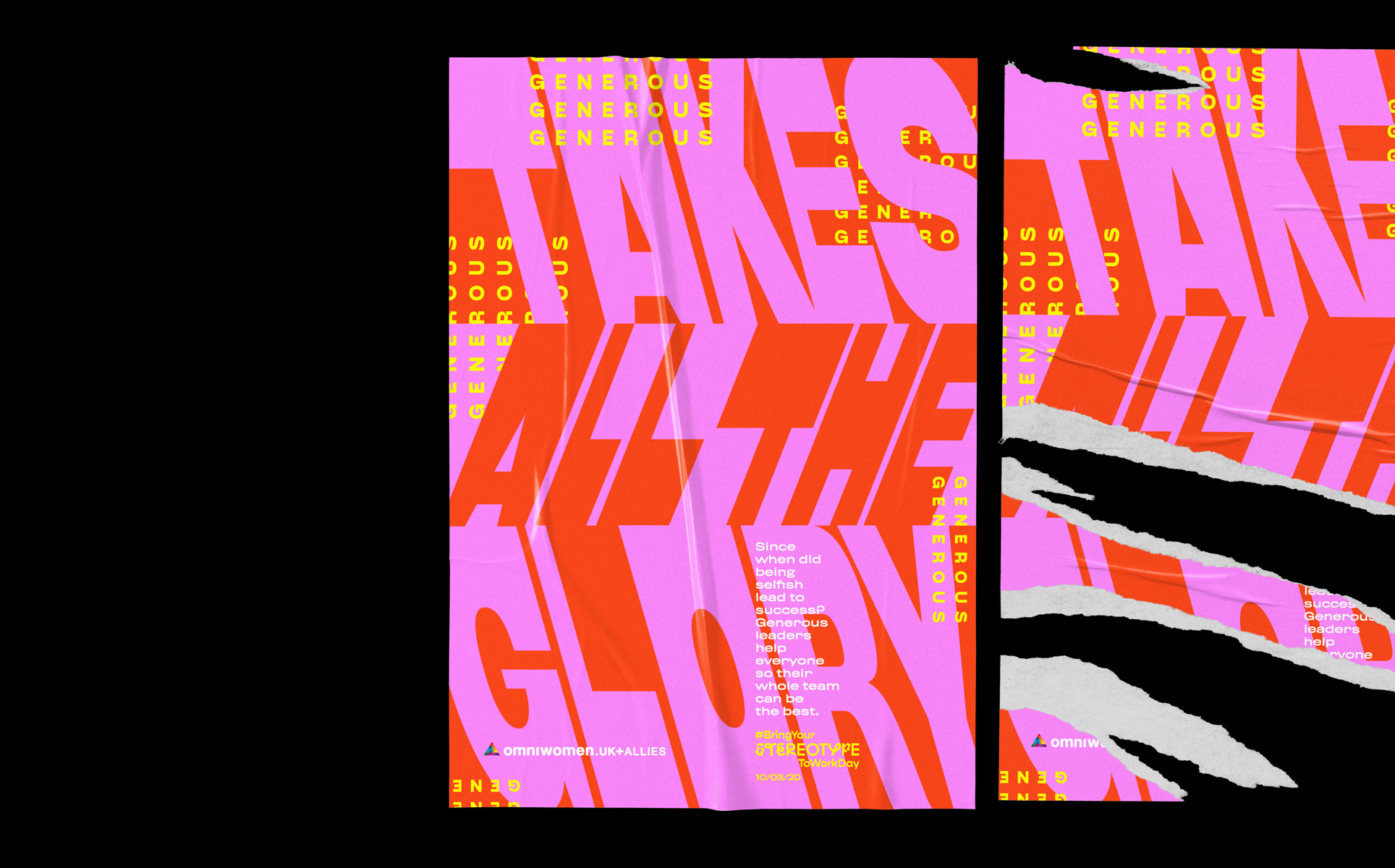 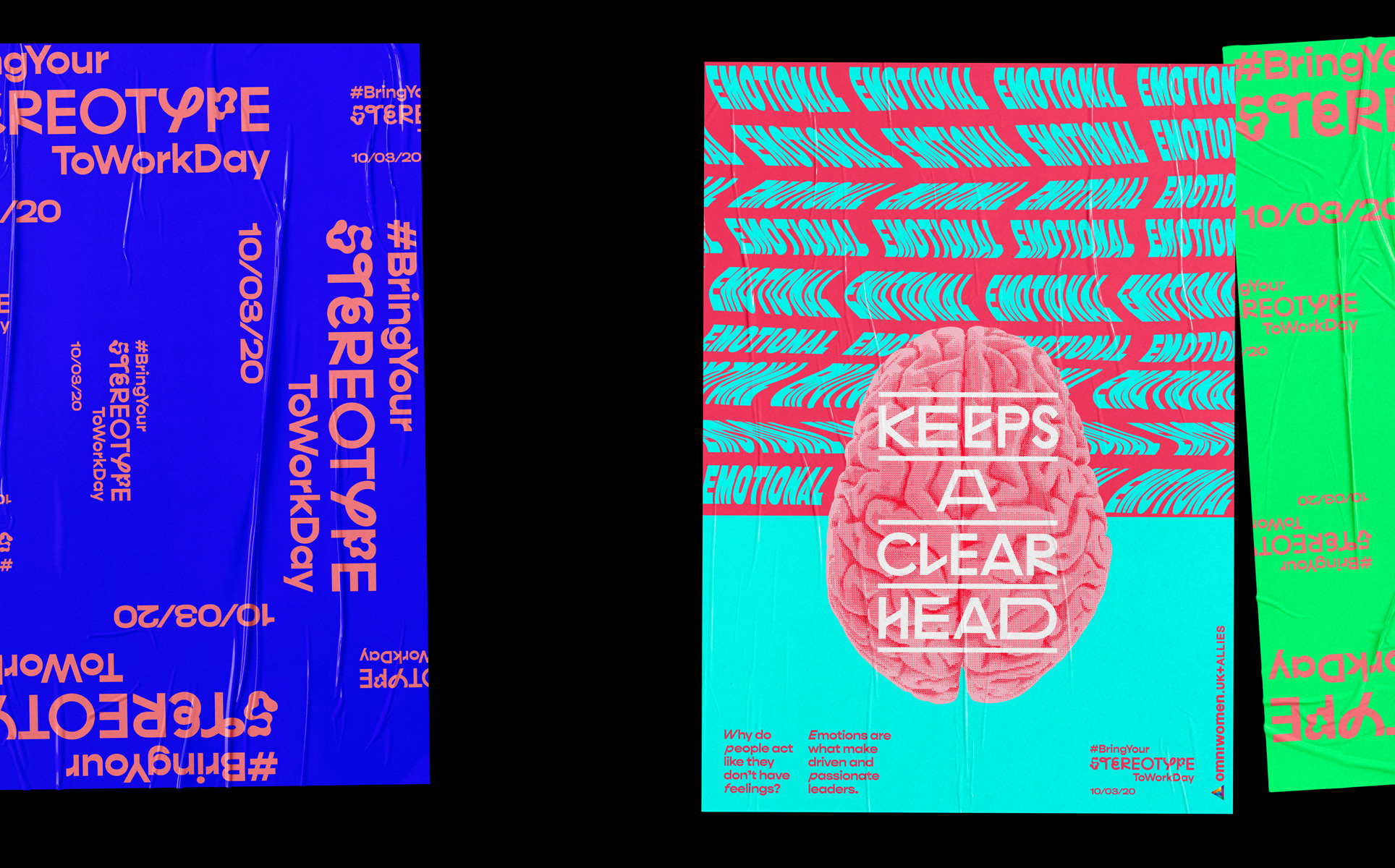 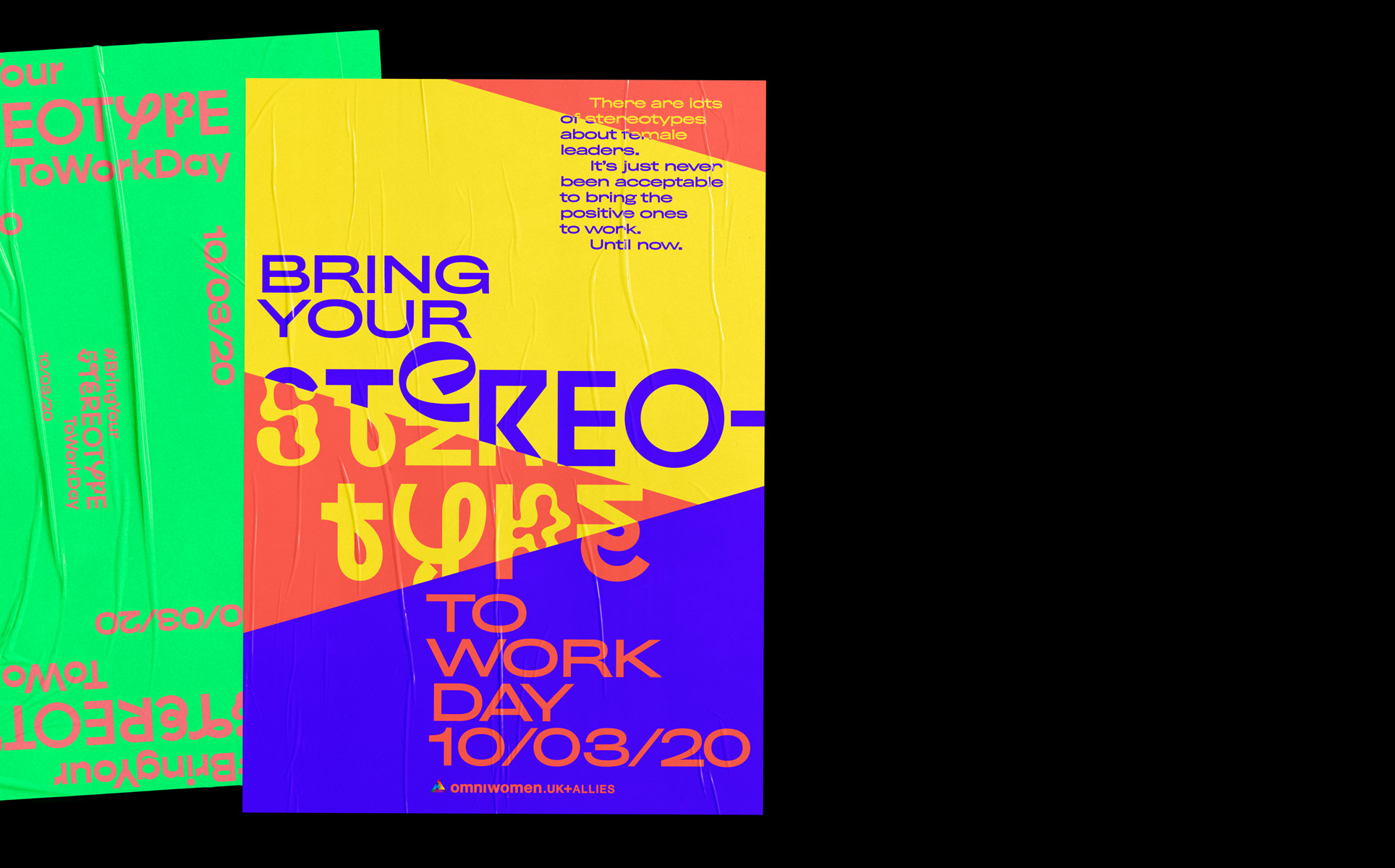 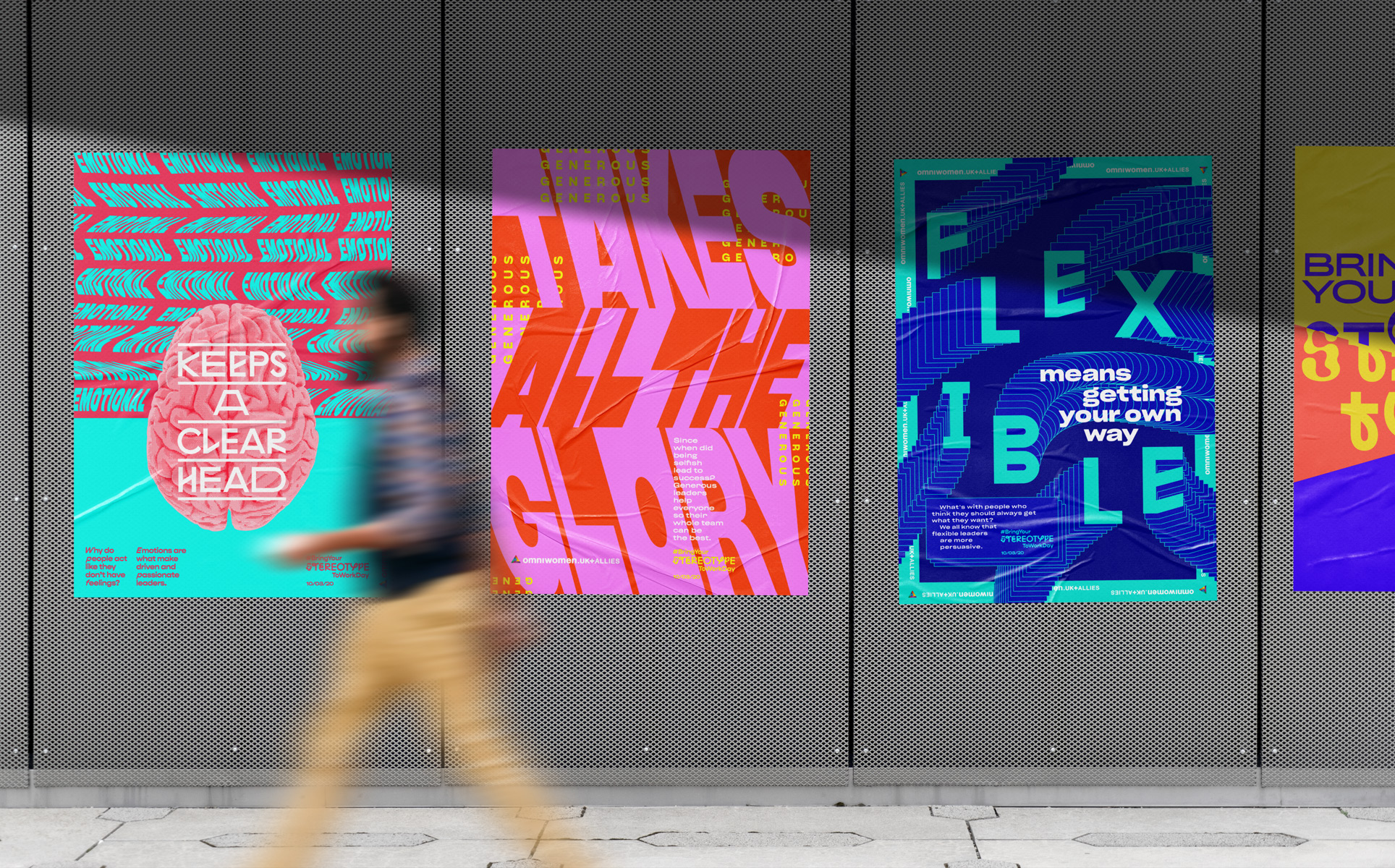 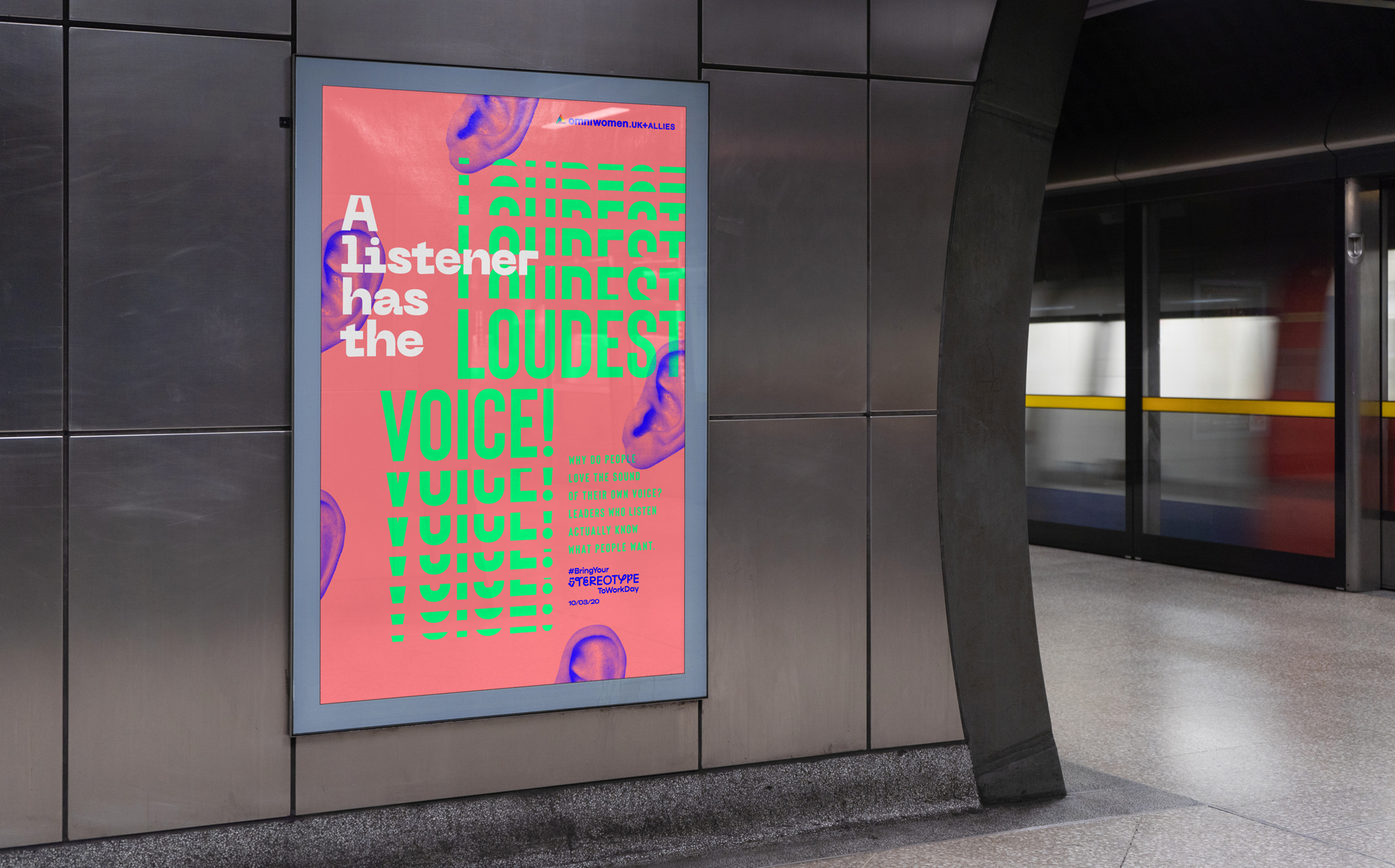 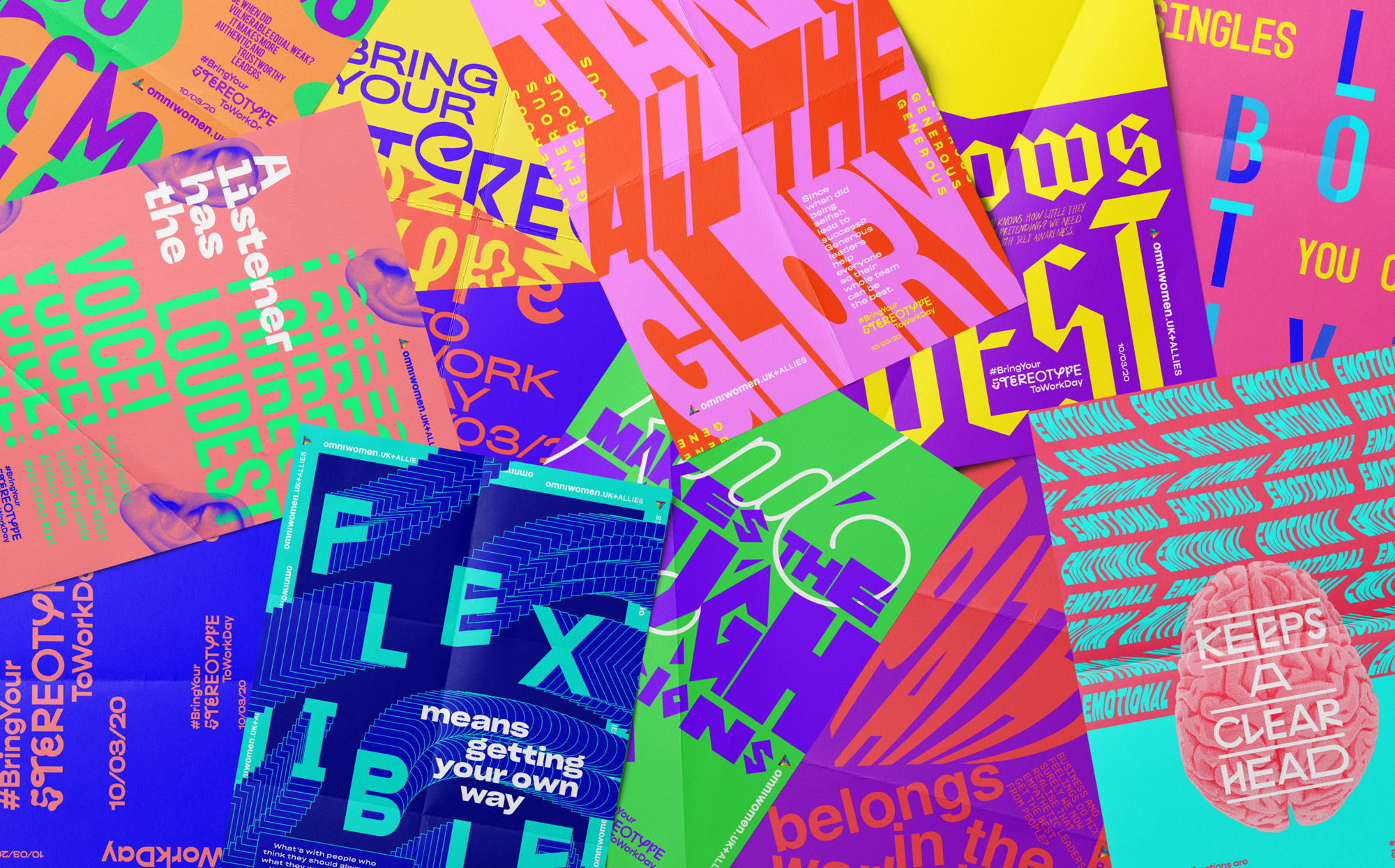